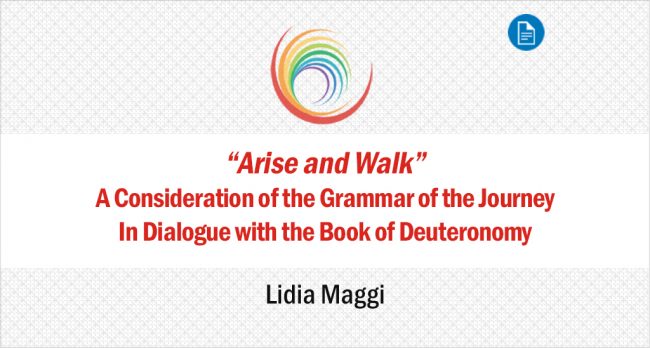 Introduction: the dynamic of the word

We listen to the Word that has called us together. It is a Word we are to listen to “today” but one that comes from far away. Before allowing the Word to speak, let us try to understand the path that has brought it to us. I do not intend to offer you an overview of the formation of the biblical canon and its reception over the centuries. I only want to put into focus with you the dynamic of the journey of the Word attested to in the Scriptures. With an image that here I limit myself to evoke (and that could fruitfully go off in several directions), the dynamic of the Word is comparable to an inheritance, which comes to us suddenly, as an undeserved gift from one who makes a will, entrusted to us in such as way as to be able to take advantage of its richness. Not for nothing has the Christian Bible immediately resorted to the language of Testament, old and new: a way of designating the Word, certainly, in terms of Pact, but underlining its divine initiative, its gratuitous character, together with the responsibility for the good use of what we have received. Exactly like an inheritance, the Word breaks into our lives in terms of free gift (grace) and asks that we take responsibility for it, making choices, and not limiting ourselves to keeping it intact. An inheritance is not a done deal but a task.

The inherited Word is a gift offered to sons and daughters: it opens the future, it makes one grow and become responsible. One who leaves an inheritance tells the heirs: you are precious, just like the inheritance I leave you; you are adults now: administer my treasure. The Apostle Paul reminds us of this in his letter to the Romans (not by chance, in that more mature letter that is considered his spiritual testament): “And if we are children, we are also heirs: heirs of God, heirs of Christ” (Rm. 8:17). Not little daughters, still under parental control and in need of being cared for, but adult and responsible people, called to decide, take risks, and administer with wisdom.

At the foundation of the experience of giving, through a will and receiving an inheritance, more than it being a question of a patrimony, what is at stake is the question of desire: the desire that has moved the action of the one who makes the will and which has materialized into the goods attained and that now falls to the heir to carry forth. As if to say: more than goods, one inherits a desire, a dream that must be assumed, not by parroting what has been done by the one who preceded, but by investing that capital in new projects that will generate a future.

Knowing how to grasp this “testamentary” dynamic of the Word, safeguarding the meaning of the journey that has led it to us, preserves us from understanding the gathering as just another business appointment – like condominium meetings! – and places us before the serious event of the divine Word, which always breaks into our lives in an unprecedented way, doing “a new thing,” calling us to walk together (con-vocation) the path traced by God, daring to believe that roads “in the desert” can be opened (Is 43,19). And the roads opened by the Word, are not our ways, with the divine imprimatur added to them: they are different, other (Is 55:8-9), they are those that the divine audacity offers us so that we might place our steps in the direction of his Kingdom.