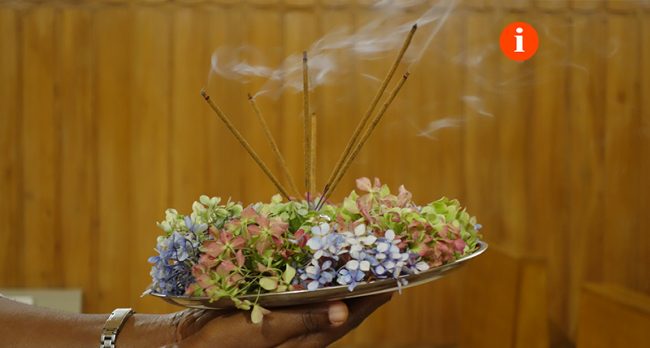 We have reached the “half-way point” of the Chapter, by which we mean that the time at our disposal to determine, in the light of God and under the prompting of the Spirit, the guidelines for our Congregation’s journey over the next six-year period is already more than half-over. Nevertheless, today we took a little break. Many of us, coming from abroad, took the opportunity to reconnect with missionary Italian sisters we had met overseas and who are now stationed in Italy due to declining health or advancing age. Some of our Chapter Commissions had the chance to carry out various duties for the common good, while others took time to examine the input we received in these days and analyze it in greater depth.

Today, Sunday, began with a colorful Indian Eucharistic Celebration. In fact, our sisters from India highlighted several parts of the Liturgy with gestures laden with significance and accompanied by special sounds.

Our afternoon was characterized by two intense moments: first, the presentation of a study carried out by a Commission appointed by the General Government in view of drawing up a Communications Directory, and second, a visit to Queen of Apostles Hospital, Albano.

The study for the preparation of a Communications Directory was undertaken as a response to a specific Motion of the 10th General Chapter. For us–apostles of Jesus Christ in the world of communication–the challenges launched by communications to our charism and to our current apostolic and community lifestyles are an appeal that God himself is addressing to us and, as such, cannot be ignored, trivialized or ignored.

The Commission presented the Chapter Assembly with its final report regarding the long process of research, study and involvement it had carried out, along with the orientations and guidelines that emerged.

And dulcis in fundo (the best for last)… Our day ended with a visit to Queen of Apostles Hospital, Albano, where we were given a very warm and sisterly welcome by the members of the community–sisters whose presence, prayer and work are the “cement” that unites the bricks with which we are trying to consolidate our “House” in these days.